The Event can be activated by R4 and R5 in the Event Center.

After each reset, it can be activated 3 Times.

Each lord/lady can only join a set amount!

During the event, you need to protect the Portal in the middle from waves of Fomorians. This can be done by occupying the 5 fortresses located around the portal.

During each wave, each of the 5 fortresses will be attacked by Fomorians

Any formorian that is not beaten by your defending troops will go on to deal damage to the Portal.

Once the Portal has 0% health remaining you have failed the event.

With each wave, the fomorians will get stronger.

There are a total of 30 waves maximum.

Each Week there will be a reset 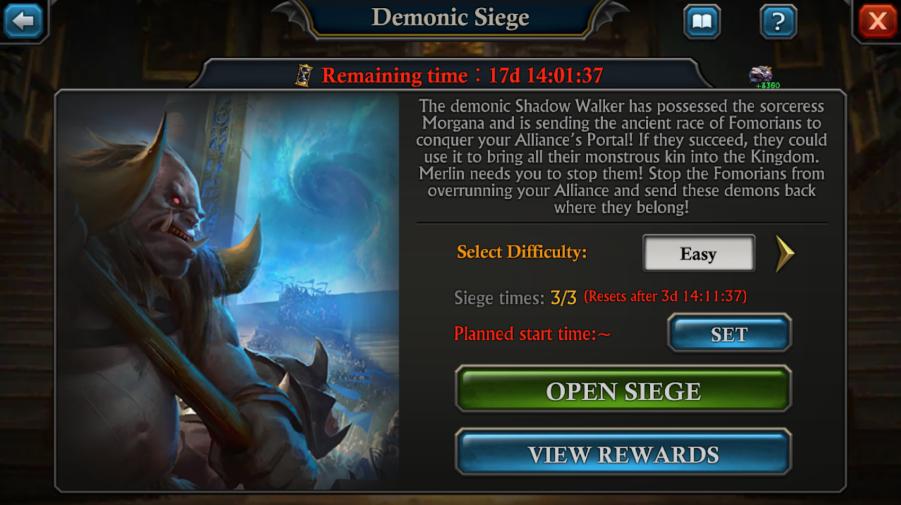 Merlin will provide you with troops.

When a wave is announced, you will see the number of Fomorians.

Each player defending a fortress only defends against one Fomorian each wave.

During one wave, you can move your troops between different fortresses.

The best is to reinforce each fortress with a minimum of Fomorians attacking.

It is possible to move between fortresses between one wave.

The march time is always 20mins, keep an eye on the Times. 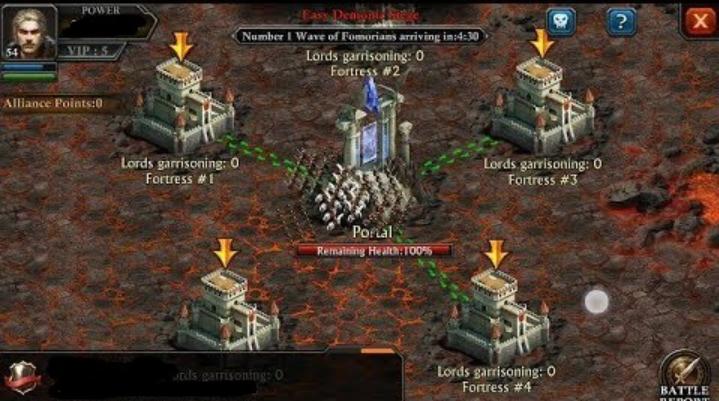 Now and then Red Caps appear on the map.

There are no fixed rounds and locations.

They need to be killed for bonus rewards.

Tip: For this event, the combat boosts and march capacity are taken from the participating players.