In the coming King of Avalon 6th Anniversary, the eagerly anticipated Camelot Tournament -- No.3 Session will start in mid-July! In this preview we will mainly introduce part of the new rewards added in this Tournament to you:

Camelot Knight: The Leader of the Champion Kingdom in Tournament.

Camelot Celebrity: The Leader of the Most Supported Kingdom in Duel of Champions.

Note: The titles and rules above are only for reference. Please check the event page for details.

When a Kingdom enters the Duel of Champions stage, all participants will get a permanent exclusive Plaudit of the Camelot Tournament -- No.3 Session. 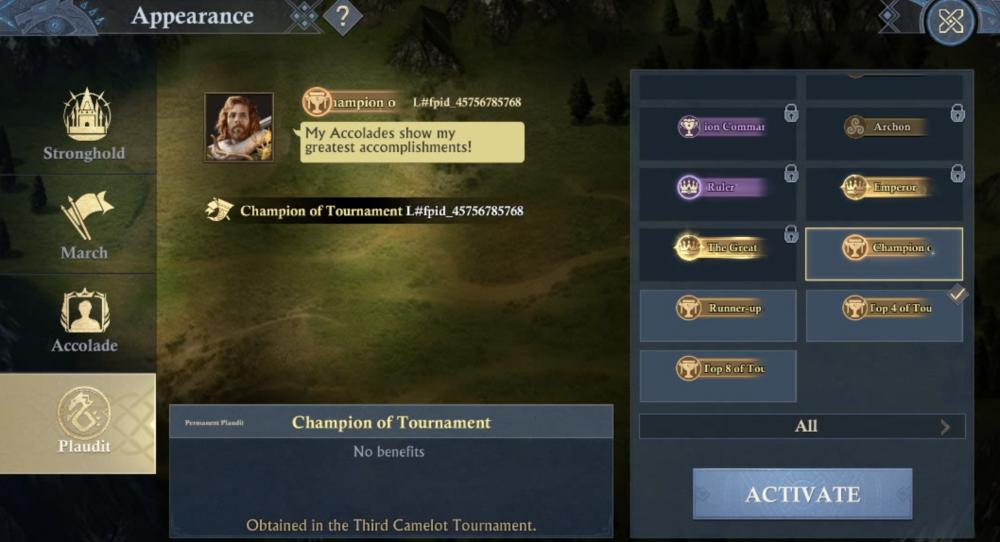 Note: The visuals are only for reference. Stay tuned for the coming special effect!